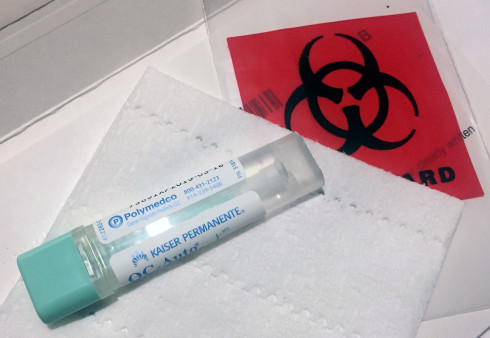 Many Americans Missing Out on Cancer Screenings

Many Americans are not getting the recommended cancer screening tests, and this is especially true for those who lack insurance or a consistent source of health care, according to a recent study from the Centers for Disease Control and Prevention (CDC).

Using data from the National Health Interview Survey, Ingrid Hall, PhD, MPH, of the CDC’s Division of Cancer Prevention and Control, and colleagues looked at cancer screening rates among U.S. adults in 2015, as well as trends in screening between 2000 and 2015, comparing them against national public health goals.

Healthy People 2020 is a set of national objectives, updated every 10 years, for improving the health of Americans. In addition to helping people attain longer lives free of preventable disease, disability, injury and premature death, they also aim to achieve health equity, eliminate disparities and improve the health of all groups.

They found that 71.7 percent of women ages 50 to 74 had received a recent mammogram, falling 9 percent below the Healthy People 2020 target. Mammography rates declined by 3 percent between 2000 and 2015.

About four out of five women (81.3 percent) underwent cervical cancer screening, but this still fell 12 percent short of the target. Use of Pap tests declined by about 4 percent from 2000 to 2015.

Among men age 50 or older, just 35.8 percent reported having a PSA test within the past year. Annual PSA testing declined by about 9 percent from 2008 to 2013 but then stabilized from 2013 to 2015, for an overall decrease of 4.5 percent over the entire period.

Colorectal cancer screening was the only test that increased during the study period, rising by about 29 percent among all women and privately insured men, and by about 26 percent among uninsured men. But at a rate of 61.9 percent for men and 63.4 percent for women in 2015, the proportion of people being screened still fell 7 to 9 percent short of the goals.

The study showed persistent disparities in screening rates across demographic and socioeconomic groups. Not surprisingly, people who had had no contact with a doctor during the past year (or women who had no contact with a gynecologist), no usual source of health care and no insurance coverage were less likely to get the recommended screening tests.

In addition to these factors, women ages 50 to 64, Asian and white women and those with lower incomes were less likely to have had a recent mammogram. Younger women (ages 21 to 30), Asian women, those with less education and those residing in the United States less than a decade were less likely to have had a recent Pap smear. The study authors noted that after adjusting for education and income, African-American and Latina/Hispanic women were more likely than white women to receive mammograms and Pap tests in 2015.

“Although having insurance coverage does not ensure doctor visits, universal health insurance coverage and universal access to a usual source of health care would likely increase physician access to all groups to encourage screening,” they researchers concluded. “Culturally and linguistically appropriate and targeted interventions have been shown to maintain high rates of Pap test and mammography screening and to continue to increase colorectal cancer screening. Appropriate diagnosis, timely follow-up and effective treatment will help to make inroads toward reducing overall cancer burden and improving health equity in cancer outcomes for all.”