Alzheimer’s Disease and African Americans: What You Need to Know

Why Black people are at greater risk for this dementia than their white peers.

When it comes to Alzheimer’s disease (AD), a form of age-related dementia that causes memory loss, neurological problems and other physical and mental health issues, there is a lot researchers don’t know. For one thing, many studies show that African Americans are more at risk for the disease than other population groups. A recent roundup in Medical News Today reviewed the findings from ongoing research.

According to estimates, as the U.S. population grows, minority groups will experience the biggest increase in dementia. Studies also show that the condition affects 14% to 100% more African Americans than white Americans. In addition, for African Americans with a first-degree relative living with the condition the risk of developing AD can rise to almost 44%.

Among the many factors that may account for why Black people suffer disproportionately from the cognitive disability, researchers cite inequities and discrimination—both in health care and other areas of life—as the primary culprits.

Genetic differences may also help explain the gap in AD rates between Black and white people. (In one 2020 study, scientists identified some unique genetic locations and biological pathways in African Americans suffering from the condition.)

However, researchers have confirmed other circumstances that raise Black people’s risk for Alzheimer’s. One of them is high blood pressure, a well-known determinant of dementia. According to another 2020 study, the discrimination Black people face daily in America can boost their blood pressure levels. Findings from an assessment in 2014 found that over a prolonged period the stress of racial aggression harmed the cardiovascular health of people of color.

Reports also show that type 2 diabetes is another driver of higher rates of Alzheimer’s among African Americans. (Findings show that Black people experience a nearly doubled risk of developing this blood sugar disorder in comparison with their white counterparts.)

Some researchers place the blame on genetics, but one study in 2017 showed no distinctions between Blacks and whites when scientists considered biological, environmental, socioeconomic, psychosocial and behavioral factors.

The report also cited health inequities, such as African Americans’ unequal access to medical care and quality screening tests, as well as clinician bias and the effects of racism.

In findings from one 2019 review, scientists suggested ways the medical community could help to ensure health equity. Some recommended that researchers prioritize the inclusion of participants from populations of color in their inquiries and clinical trials.

Additional advice proposed that scientists develop culturally sensitive educational material to help caregivers who hail from various ethnic or racial groups. They also stressed that science professionals should get training and tools to help them create more inclusive study and practice models.

To learn more about Black people and AD, read “Why Do African Americans Suffer Higher Rates of Alzheimer’s?” 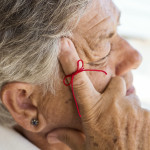