New study findings published in the American Journal of Obstetrics and Gynecology suggest that an acupressure app may help ease menstrual cramps more than popping painkillers, reports Reuters. Acupressure is a treatment in which precise finger placements at specific pressure points on the body can help relieve pain.

For the study, researchers randomly assigned 221 women in Berlin ages 18 to 34 to use either a smartphone acupressure app called AKUD or another app without any new ways of treating menstrual cramps for six months. The goal was to determine whether AKUD could help women self-administer acupressure to relieve cramps.

Scientists required the women to report the intensity of their cramp pains on a scale of zero to 10, with 10 being the most agonizing. (Initially, women described a pain of at least six.) Women who used the app noted lower pain scores with each period. By their sixth menstrual cycle, women announced scores that were 1.4 points lower.

In addition, researchers found that women who used the app with the acupressure program were also less likely to use pain medications and experienced more pain-free days during their monthly cycles.

Scientists observed that the study was limited by its focus on a group of women who were highly educated and more likely to have intense cramps. But experts believe that the findings nonetheless suggest that this treatment may provide some women with an alternative to reducing discomfort from painful periods.

“This app is relevant to women who are looking for evidence-based, self-care options to manage their pain, although, as the authors point, out further research to address a more generalizable group of women is needed,” said Caroline Smith, PhD, a researcher on acupressure at Western Sydney University in Australia who was not involved in the study.

Click here to learn how birth control pills can manipulate how often women get their cycle. 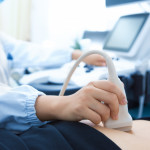