If you believe you can just take a magic pill to prevent pimples, think again. Dermatologists across the country say they’re starting to avoid using antibiotics to treat acne amid growing concerns about resistance to these meds, the Wall Street Journal reports.

Acne, an immune response to dead skin and bacteria that clog the pores, is the most prevalent skin disorder in the United States. The condition affects about 85 percent of all teenagers, as well as 51 percent of women and 43 percent of men in their 20s.

For decades, antibiotic pills and gels have been one of the main treatments for moderate to severe acne breakouts. But the American Academy of Dermatology is working on new guidelines this year so dermatologists can address anti-acne drugs that no longer work.

One recent British study revealed that up to 56 percent of today’s acne patients have antibiotic-resistant bacteria strains, up from 35 percent a decade ago. What’s more, many countries around the world now report that more than half of their acne strains are drug resistant.

In addition, dermatologists said they’re also concerned about using antibiotics to treat acne because they could be creating resistance among different types of bacteria in the body, such as methicillin-resistant Staphylococcus aureus, or MRSA.

Instead, doctors are prescribing other acne-fighting alternatives on the market. One is a drug called isotretinoin (brand name Accutane) that was taken off markets amid controversy in 2009. In addition, skin doctors are also using laser and light-based therapies, as well as chemical peels, diet changes and probiotics to treat acne.

Did you know that yogurt, oysters and citrus fruits are all touted as effective acne remedies? Click here for more information. 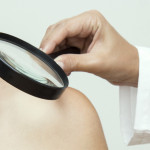 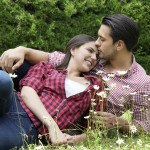 Head Lice Are Now Tougher to Kill in 25 States