Despite the presence of sex education courses, U.S. states with high degrees of conservatism and religiosity have above-average adolescent birthrates, according to a Washington University in St. Louis study reported by LiveScience. The researchers found a wide disparity in birthrates among teen girls based on their state’s degree of conservatism, ranging from 9.7 births per 1,000 girls ages 15 to 17 in liberal New Hampshire to 34.8 per 1,000 in conservative Arkansas. The study linked sex ed with lower teen birthrates, but this association disappeared in conservative states with characteristics such as high degrees of religiosity and anti-abortion policies. Researchers speculate that girls in conservative states may either get inferior sex ed, disregard the information provided, or are less willing or able to have an abortion. The United States has the highest adolescent birthrate in the industrialized world—10 times the rate in the Netherlands, which has the lowest rate in Western Europe. 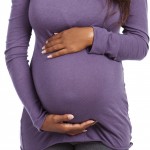 U.S. Schools Get a Failing Grade for Sex Ed