As unbelievable as this might seem, cardio patients refused freebie cholesterol-lowering statins and medicines that improve heart health, according to a study published in The New England Journal of Medicine and reported by The Associated Press.

For the study, researchers recruited 5,855 members of Aetna health insurance (which sponsored the study). Of the participants, 75 percent were men, and the average age was 53. All volunteers had recently suffered a heart attack.

Researchers offered one group of participants free heart attack meds; the other was given prescriptions for the meds at their normal co-pay (around $50 per month).

One year later, scientists found that between 36 percent and 49 percent of people in the co-pay group filled their prescription meds. Surprisingly, the percentage of those in the free prescription group who filled their meds was only 4 percent to 6 percentage points higher.

“We gave these people the medicines for free, and only half took it,” said Elliott Antman, MD, of Harvard-affiliated Brigham and Women’s Hospital in Boston, one of the study’s authors.

Researchers noted that participants showed no interest in taking the lifesaving drugs even though these meds could help lower their risk of another heart attack and help them save on health care costs in the long run.

In fact, scientists found that the total number of heart attacks, strokes, cases of chest pain, or heart failure dropped significantly in the group offered free medicines. What’s more, medical costs for patients in the free drug group dropped 26 percent, partly because they had fewer doctor visits, tests and hospitalizations.

While the study did not examine why people don’t take their meds, doctors suspect patients simply forgot or didn’t want to experience the drugs’ side effects, such as fatigue, muscle pains and even sexual difficulties for men.

But even though only a small percentage of patients took the free meds, Aetna researchers said the insurance company plans to stay the course. Aetna will offer some of these drugs free or with a reduced co-pay to some heart attack survivors; Aetna’s offerings may also include meds that treat other chronic conditions. Why? Because they believe that offering patients free medicines will lower health care costs and save lives in the long run.

And speaking of lifesaving offers, black heart attack patients may not even get to benefit from these opportunities. Did you know that African Americans are less likely to receive top hospital care? Click here to learn more. 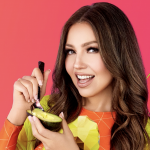