HIV/AIDS Leading Cause of Young Adult Deaths in Caribbean

HIV/AIDS remains the leading cause of death in young and middle-agedadults in the Caribbean, according to a U.N. study released at the 10thAnnual General Meeting of the Pan Caribbean Partnership Against HIV andAIDS (PANCAP) and reported by IPS. Despite gains in access to HIVmedications in the past decade, between 210,000 and 270,000 people wereliving with HIV in the Caribbean in 2008—about 70 percent of them inHaiti and the Dominican Republic. The biggest improvements were seen inmaternal health and mother-to-child transmission, which lowered newinfections among children by 18 percent in 2008. 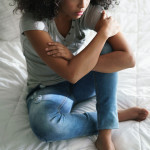