As less invasive surgical techniques become more widespread, doctors are more likely to recommend weight-loss surgery to overweight patients—including those whose excess pounds wouldn’t have merited such surgery just a few years ago. But one downside is that people who undergo common weight-loss surgeries are at increased risk of abusing alcohol, according to a National Institutes of Health (NIH) report published in The Journal of the American Medical Association.

For the study, researchers looked at data on 1,945 participants from 10 hospitals across the United States. About 70 percent of participants had Roux-en-Y gastric bypass surgery, which surgically removes parts of the stomach and intestine to reduce food intake and nutrient absorption; about 20 percent had laparoscopic adjustable gastric banding surgery, which diminishes food intake using an adjustable band to reduce stomach size; and about 5 percent had other forms of weight-loss surgery.

Participants took the World Health Organization’s 10-question Alcohol Use Disorders Identification Test, which measures alcohol consumption, dependence and other alcohol-related problems. For purposes of this study, those who scored at least 8 out of 40 points on the test, or who exhibited at least one symptom of alcohol dependence—such as memory loss or inability to stop drinking once they’d started—were categorized as abusing alcohol.

The researchers found that while 7 percent of participants with gastric bypass surgery reported abusing alcohol, that number increased to 10.7 percent two years after surgery.

More broadly, one out of every eight study participants reported having three or more drinks in a typical drinking day two years after surgery. “This is concerning, given the negative impact heavy drinking may have on vitamin and mineral status, liver function and weight loss,” said lead author Wendy King, PhD, assistant professor of epidemiology at the University of Pittsburgh Graduate School.

Pre-surgery alcohol abuse was the largest factor in determining whether someone would abuse alcohol after weight-loss surgery. However, more than half of the participants who reported abusing alcohol after surgery didn’t report alcohol abuse in the year before the surgery.

Other pre-surgery predictors of post-surgery alcohol abuse included regular alcohol use (defined as two or more drinks per week), recreational drug use, smoking and a lack of social support. Men and younger adults were more likely to abuse alcohol after surgery than women or older adults.

“It is important that patients and their doctors be fully aware of short- and long-term benefits and risks of bariatric surgery,” said Griffin P. Rodgers, MD, MACP, director of the NIH’s National Institute of Diabetes and Digestive and Kidney Diseases. “We hope the LABS results will help researchers identify clinical questions that require further research, including better understanding of the risk of [alcohol use disorder].”

$7M to Study Substance Use, HIV Among Minority MSM 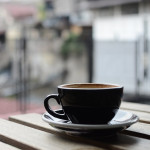 Which Fuel do you Favor?