Latino babies may have found a fighting chance in tortillas. About 3,000 pregnancies in the United States are affected by brain and spine defects each year, and the rate among Latinos remains 20 percent higher than for non-Latino women. But now experts think that fortifying corn flour can battle this percentage down, according to a commentary published in the American Journal of Public Health and reported by Health Day News.

More than 10 years ago, in hopes of bringing down the incidence of neural tube defects in the population, the U.S. Food and Drug Administration began requiring that cereal grains in bread and pasta be fortified with vitamin B folic acid.

Just a few years after that change, neural tube defects fell by 30 percent, a drop that experts believe is largely related to the added vitamin B. Now, experts are hoping that fortifying corn flour, heavily used in Latino cooking, will do the same for the Latino rates.

“Fortification of cereal grains with folic acid in 1998 is a public health success story,” said lead author Alan R. Fleischman, MD, the medical director for March of Dimes. “Adding this B vitamin to corn masa flour will build on that initiative and begin to address the disparities in these birth defects.”

Experts hope that adding folic acid to corn masa flour, common in Latino dishes such as tortillas and tamales, will lower the rates of defects that cause spina bifida (a spinal-cord malformation that can cause paralysis) and anencephaly (a lethal condition that stops the brain and skull from developing). 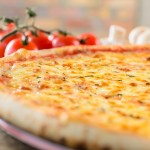