In November 2011, Pfizer will lose a $10 billion a year revenue stream when the patent on one of its best-selling drugs, Lipitor, expires and cheaper generic pills are made available. And Pfizer’s problems are just the beginning of major breakdowns and financial complications all pharmaceutical companies will be facing in the near future, reports The New York Times.

Big pharma is facing a laundry list of obstacles that include a slowdown of drug breakthroughs and research discoveries, pressure from insurers and the government to keep prices at bay, increased regulatory vigilance and government investigations, a worsening economy, and patent expirations. In fact, this year alone, the drug industry will lose control over 10 powerhouse meds whose annual sales neared $50 billion.

This is a bittersweet time for consumers. In the short term, individuals benefit as elite drugs are replaced by cheaper generics. However, people may suffer in the long term from reduced research and a drought of new drugs.

“This is truly the panic time for the industry,” said Kenneth I. Kaitin, director of the Center for the Study of Drug Development at Tufts University in Boston. “I don’t think there’s a company out there that doesn’t realize they don’t have enough products in the pipeline or the portfolio, don’t have enough revenue to sustain their research and development.”

Pharmaceutical companies are also facing pressure by managed care and government health programs to lower prices and increase their reimbursement programs for their most profitable pills.

Obama’s health care overhaul also calls for price reform. Sections of the law would allow an independent board to centralize price-setting, lowering prices in Medicare unless Congress acted to overrule it every year.

Some financial analysts worry about the decline of the industry and the financial ramifications of a slowdown. But doctors and scientists who have patients on their mind are hoping for a kick-start in research and development that would benefit all parties involved. 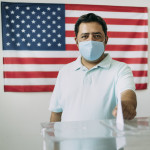 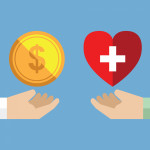