When impoverished kids have strong social networks, they’re better equipped to avoid smoking and obesity, according to research findings published in the journal Psychological Science and reported by the study’s sponsor, Cornell University.

For the eight-year study, researchers recruited 326 children, age 9, from rural upstate New York. About half of the children lived in poverty; the others came from middle-income families. Throughout the study, researchers periodically visited the kids to measure their health and exposure to risk factors. At age 17, study participants and mothers completed surveys about their communities’ cohesiveness and the amount of social control they felt they had. (Teens also completed behavioral surveys about their smoking habits, and scientists recorded kids’ height and weight.)

Researchers found that youths from low-income backgrounds smoked more and had a worse height-to-weight ratio (body mass index, or BMI) than kids from affluent neighborhoods; however, the low-income youths who came from connected communities fared better in terms of smoking and BMI.

“You may be able to loosen those connections between early childhood poverty and negative health outcomes if you live in a community with good social resources,” said lead researcher Gary W. Evans, PhD, professor of design and environmental analysis at Cornell.

Why did having a supportive community make teens healthier? According to Evans, it might be because adolescents in close-knit communities may have better role models, individuals feel more empowered and neighbors are more comfortable stopping kids’ bad behavior.

As Evans summed up: It’s not correct to conclude that if we had strong social networks in communities, then it would be OK to be poor.

Click here to learn how changing your child’s diet can fight obesity. 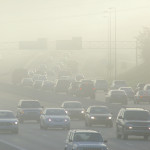