City Living Could Raise Your Risk for Type 2 Diabetes

Might urban life be making us sicker? Findings from a new international study led by University College London (UCL) revealed that more than two-thirds of the world’s estimated 400 million people living with diabetes reside in a city, The Associated Press reports.

For the study, which was conducted over the last year as part of Novo Nordisk’s “Cities Changing Diabetes” research initiative, researchers spoke to more than 550 patients in five cities who were living with, or at risk of, type 2 diabetes, a blood sugar disorder. Scientists interviewed people in Copenhagen, Houston, Mexico City, Shanghai and Tianjin.

Researchers found that participants living in cities suffered a much greater initial risk for type 2 diabetes than their rural or suburban counterparts. In addition, these folks were also less likely to be diagnosed for diabetes, receive treatment for the disease, or stay healthy with the illness.

David Napier, a professor of medical anthropology at UCL, and other researchers who wrote the report said commute times, perceived time pressures and neighborhood locations were potential risk factors for diabetes that may have been overlooked in previous population-based research.

The UCL study is the first of three phases in a $20 million research initiative supported by pharmaceutical company Novo Nordisk that is expected to continue through 2020. In 2016, researchers will include the cities of Johannesburg and Vancouver in the study. Once this phase is completed, more than 250 diabetes experts from around the world will meet in Copenhagen to discuss the study’s findings, along with public health and city planning solutions to fight the disease in urban areas.

For more information about how city life—and fighting for healthier urban neighborhoods—can affect your risk of diabetes, click here.

Diabetes Can Hurt the Brain, Even When Controlled With Meds 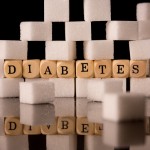