Bone marrow transplants can mean a second chance at life—if only you can find a suitable donor.

To people unaware of the importance of bone marrow, this spongy tissue that lives inside our hip and thigh bones might seem like an inconsequential substance. But to people who need a bone marrow transplant, it’s the stuff of life or death. The red and yellow gel-like marrow contains immature stem cells that can develop into red and white blood cells as well as platelets that help clot the blood. If there is a problem with your bone marrow because of disease, a transplant can provide healthy new marrow and also help to heal many organs in the body.

But finding bone marrow donors is difficult. Registries have been created to facilitate the process, but the lack of enough African-American, Hispanic, Asian and mixed-race minority registry members decreases the chances that all patients will find a lifesaving match, according to Be The Match, the registry operated by the National Marrow Donor Program.

Be the Match is a huge database of people willing to donate bone marrow or stem cells to patients in need a transplant. “Many of these patients have leukemia, lymphoma, sickle-cell disease and other illnesses like that,” says Nadya Dutchin, a national account executive for the registry.

“In general, people tend to match people from their own ethnic group,” Dutchin explains. “We have the potential cure for sickle cell, leukemia and lymphoma, but we don’t have the donors, and that’s really sad. We work with patients on a regular basis who are just waiting and waiting. The longer people wait, the tougher it is for them to recover. It’s heartbreaking. We need more people on the registry, but especially in the African-American community.”

Nivia Doree Charles, age 16, is one of those patients waiting for a donor match. Charles has sickle-cell anemia and has been living with the condition since she was born. “I’ve been searching for the person who will be my match for a marrow transplant for a while now,” she says. “But there simply aren’t enough African Americans in the registry. This makes the already difficult process of finding a match exponentially harder.”


Sheldon Mba is also patiently waiting. Mba is a college student currently in his sophomore year at North Carolina Central University. During his senior year in high school, while on his way to a performing arts awards ceremony, Mba collapsed. Doctors at the hospital diagnosed him with two rare bone marrow failure disorders, severe aplastic anemia and paroxysmal nocturnal hemoglobinuria. When Mba realized how critical his condition was, he became depressed. “Every day is a struggle to have the normal life I used to have,” Mba says. “But I’m not worried about finding a match for me because I believe that person is out there.”

Each year, Be the Match regularly holds donor drives to add people to its registry rolls. Many people think donating bone marrow is a scary and painful procedure. But the reality is that the discomfort and side effects of the process vary from person to person.

There are two different ways to donate blood marrow. The first is the traditional marrow method that’s done using general anesthetic during outpatient surgery. Doctors draw out the marrow from the back of the pelvis with syringes. “They don’t cut you open, and they don’t open up your bones,” Dutchin explains. “They don’t break any bones and don’t touch your spine. Most people wake up and have a little bit of a backache. Usually, they return back to their normal activities within 24 to 72 hours.”

But normal activities mean that donors should take it easy. “We do tell people not to go lifting weights and picking up cars and whatnot,” Dutchin says with a laugh.

The second method is a non-surgical procedure involving peripheral blood stem cells, or PBSC. Those who donate marrow this way get injected with a drug called filgrastim once each day for five days. The injection causes them to overproduce stem cells in the bones that get pushed into the bloodstream where doctors collect them. “Normally, right on Day 3 of those injections, people start feeling like they have the flu because their bones are working really hard to push those cells into the bloodstream,” Dutchin says. “But on the day they get the last injection, we hook them up to a machine and draw the blood out of one arm then spin it through a machine that separates out the blood-forming cells.”

Once that’s done, Dutchin explains, donors receive all of their blood back through their other arm. “So it’s a really nice opportunity to sit there and watch movies,” she says. “You can bring company with you. You’re in a bed, and the discomfort is that you can’t really move too much. But beyond that it’s pretty simple.”

The Reverend Alonzo Burris knows firsthand what bone marrow donation entails. He signed up to be a donor at his church when a Be the Match representative came there to speak. What she said about the procedure surprised him. “She mentioned that African Americans can donate [bone marrow] to everyone else, but we could only receive marrow from other African Americans,” Burris says. “That intrigued me in itself.”

Burris says that at first he was concerned that the procedure would hurt and that the recovery time might be lengthy. But after learning more about the donation process, he relaxed and actually donated marrow using each of the methods. “On both of them, I was able to go home,” he says. “But the second procedure [PBSC] was a little bit easier although a longer process because they took blood out and put it back in.”

Burris was motivated to become a donor when he heard that a woman in his church needed a bone marrow transplant and was having trouble finding a match. Although he wasn’t selected to be a match for her and she died without finding a donor, Burris soon got news that lifted his spirits. “Right after I learned she died, I got news that I was a match for a little 5-year-old girl with leukemia,” he says. “I felt this gave me an opportunity to impact someone else’s life and give hope to that person’s family.”

But not everyone can be a blood marrow donor. There are stringent criteria that donors must meet before they can be certified. “Our first concern is not to injure, so we’re very particular about who we take,” Dutchin says.

Generally, potential donors must undergo screenings that confirms they are healthy and free from certain autoimmune illnesses, such as lupus, HIV or rheumatoid arthritis, that would render them ineligible for bone marrow registry. But even people with well-controlled chronic conditions, such as high blood pressure or type 2 diabetes, may be considered eligible to donate marrow. “If you take birth control or allergy medicine on a regular basis, those are fine,” Dutchin explains. “Well-controlled asthma is fine.”

Also, there is an age restriction. “That’s because 90 percent of the time, transplant physicians choose people who are between the ages of 18 and 44,” Dutchin says.

The bottom line for Be the Match is to improve patient outcomes. For that to happen in a more meaningful way, Dutchin says, “we need to register more healthy, young, preferably African-American, Asian and Hispanic donors.” 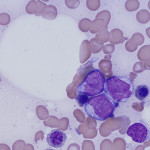 Check In with Your Doc to Check Out Constant Stomach Aches