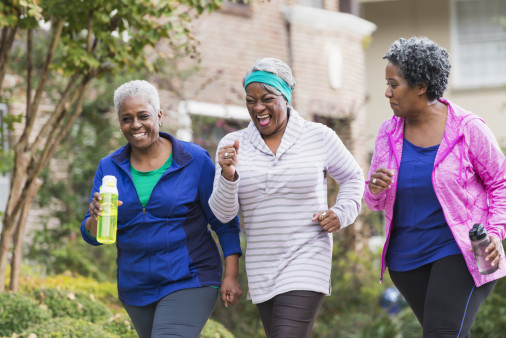 These 7 Habits May Lower Your Risk for Dementia

Maintaining healthy heart and brain function may lower dementia risk, including among those with a higher genetic risk.

The American Heart Association’s Life’s Simple 7 healthy lifestyle factors have been linked to a lower risk for dementia, according to new research published in Neurology.

“These healthy habits in the Life’s Simple 7 have been linked to a lower risk of dementia overall, but it is uncertain whether the same applies to people with a high genetic risk,” study author Adrienne Tin, PhD, of the University of Mississippi Medical Center in Jackson, said in a news release. “The good news is that even for people who are at the highest genetic risk, living by this same healthier lifestyle [is] likely to…lower [the] risk of dementia.”

Over the course of 30 years, the study examined 8,823 people with European ancestry and 2,738 with African ancestry; their average age at the beginning of the study was 54. Researchers used the genome-wide statistics of Alzheimer’s disease to calculate participants’ genetic dementia risk scores at the start of the study.

Using a system ranging from 0 (least healthy) to 14 (most healthy) participants scored themselves on the seven lifestyle factors. Those with European ancestry had an average score of 8.3, and those with African ancestry scored 6.6 on average.

Participants were divided into groups according to their genetic risk scores. To determine genetic risk, researchers looked at who had the highest prevalence of a gene variant associated with Alzheimer’s disease. A total of 27.9 percent of participants with European ancestry had the variant, while 40.4% of those with African ancestry had it.

For participants with European ancestry, the intermediate and high categories were linked to 30% and 43% lower risk for dementia, respectively, compared with the low category of the lifestyle factor score.

Among those with African ancestry, the intermediate and high categories were associated with 6% and 17% lower risk for dementia, respectively. Researchers found a similar pattern of reduced dementia risk among those with higher scores on the lifestyle factors.

To learn more, read “Alzheimer’s Disease and African Americans: What You Need to Know.”